Theatre Denton is holding auditions for The Vagina Monologues by Eve Ensler, directed by Kim Campbell.  Auditions are December 11 and 12 at 7:00 pm and will be held at the Campus Theatre located at 214 W. Hickory in Denton.  Performances are January 20, 21, 22, 27, 28 and 29, 2023 at the Black Box space in the Golden Triangle Mall.  A read through and cast assignments will be held during the week of December 12th. Rehearsals will begin after January 2.

The Vagina Monologues is an episodic play written in 1996 by Eve Ensler which developed and premiered Off-Off-Broadway in New York and was followed by an Off-Broadway run at Westside Theatre. The play explores consensual and nonconsensual sexual experiences, body image, prostitution, and several other topics through the eyes of women with various ages, races, sexualities, and other differences.

Auditions are December 11 and 12 at 7:00 pm at the Campus Theatre and will consist of cold readings from the script. A headshot and resume are appreciated but not mandatory.  Please bring your calendar or dates reflecting any conflicts you may have.

Roles available for up to 15 females or any individuals who identify as female.

Feel free to download and print these audition sides ahead of time.

For more information, please call (940) 382-7014 or email Kim Campbell at kcampbell2615@gmail.com or tdoffice@theatredenton.com 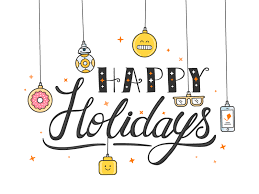