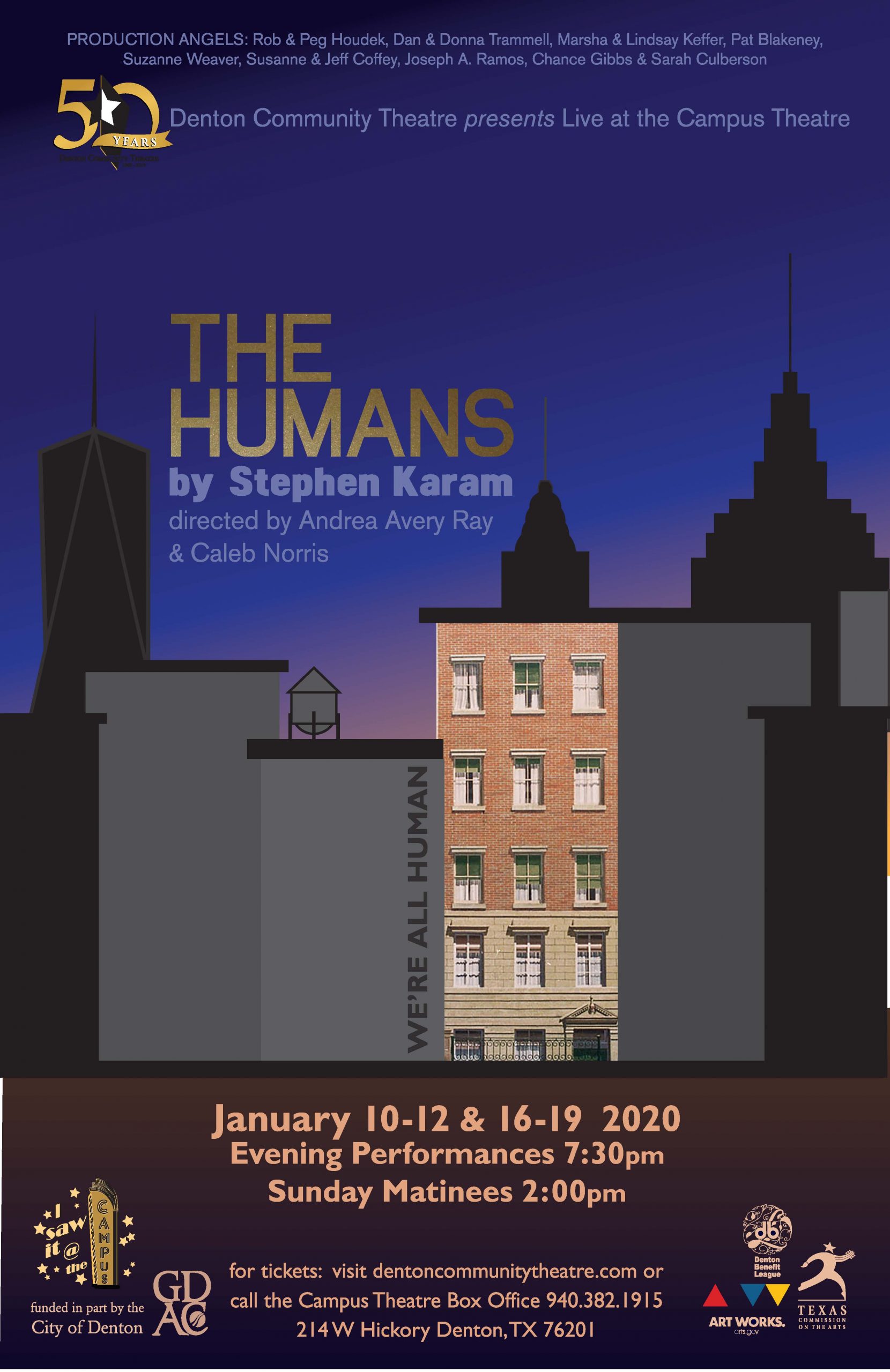 Denton Community Theatre is holding auditions for The Humans by Stephen Karam. Directed by Caleb Norris and Andrea Ray, auditions will be held September 30 and October 1 at 7:00pm at the Campus Theatre located at 214 West Hickory in Denton, Texas. If necessary, callbacks will be October 2 at 7:00pm.

Auditions will consist of cold readings from the script. Headshots and resumes are welcomed, but not required.  The director wants to cast as close to character age as possible for this production.

Irish-American Erik Blake has brought his wife and his mother for Thanksgiving at the new home of his daughter and her boyfriend in lower Manhattan.  His mother (affectionately referred to as “Momo”) is suffering from Alzheimer’s, and his other daughter, Aimee, has recently been the victim of a nasty breakup.  The parents are disappointed that their daughters have left home to struggle in New York City, and are worried that they are abandoning their values.  This is the story of the quintessential family reunion: a group of people who love each other but still wrestle with basic human fears: old age, abandonment, poverty, and death.  Filled with equal parts humor and hurt, The Humans is the 2016 Tony Award winner for Best Play.

Tickets on sale to the public – November 15, 2019 Directed by Caleb Norris and Andrea Ray