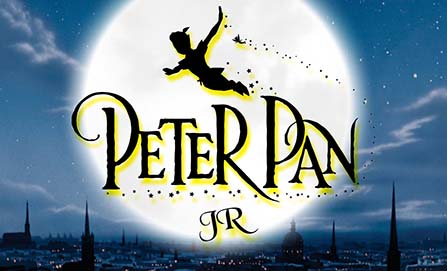 The audition and casting process for this camp will be that every child who registers for the camp will get a role! The first day of camp will be teaching the kids an audition song and bit of dance choreography and becoming familiar with the script. The second day, we will hold auditions and those auditions will determine which role is right for which child. Peter Pan, Jr. lends itself to MANY role options at a variety of skill levels that are very important to the story aside from the core characters in the story including pirates, lost boys, and “brave girls” who are in Tiger Lily’s tribe. There are roles available for kids of all experience levels in this way, so auditions will simply reveal which role is right for each child at their current ability level. No experience necessary! It is our job to teach and grow their talents through the camp as we mount the production!