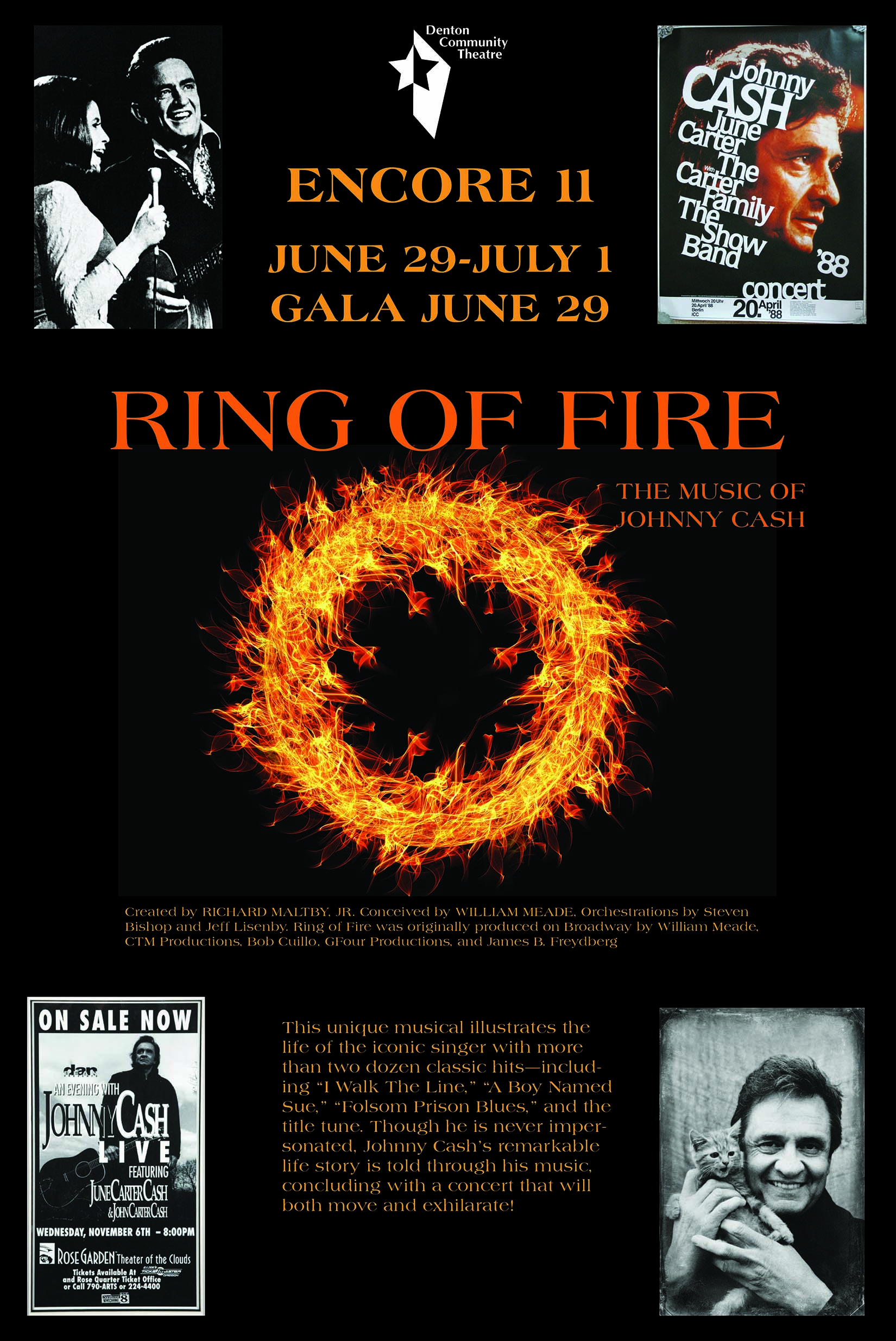 Denton Community Theatre is excited to announce auditions for our upcoming Encore Event,
Ring Of Fire: The Music of Johnny Cash, created by Richard Maltby, Jr., directed by Polly
Maynard and Bryan Patrick.
Auditions will be held May 6 from 1 – 3pm at the POINT Bank Black Box Theatre located at
318 E. Hickory, Denton. Performances will be at the Campus Theatre, 214 W Hickory St., June
29 and 30 at 8:00pm and June 31 at 2:00pm.
Auditions will consist of cold readings from the script. Accompanist will be provided for
“Folsom Prison Blues,” “I Still Miss Someone”, or “Ring of Fire” – each auditioner may prepare
a verse and chorus from one of those numbers, or provide their accompaniment on a different
number in the same style.
About the show: This unique musical illustrates the life of the iconic singer with more than two
dozen classic hits—including “I Walk The Line,” “A Boy Named Sue,” “Folsom Prison Blues,”
and the title tune. Though he is never impersonated, Johnny Cash’s remarkable life story is told
through his music, concluding with a concert that will both move and exhilarate!
Roles available:
Johnny Cash – male – late 40’s and up – guitar proficiency a plus
June Carter – female – late 40’s and up – guitar/auto-harp proficiency a plus
Headshots appreciated, but not required.
Rehearsals will be minimal until mid-June. Rehearsal schedule to be posted following auditions.
Please bring list of conflicts with you to auditions.