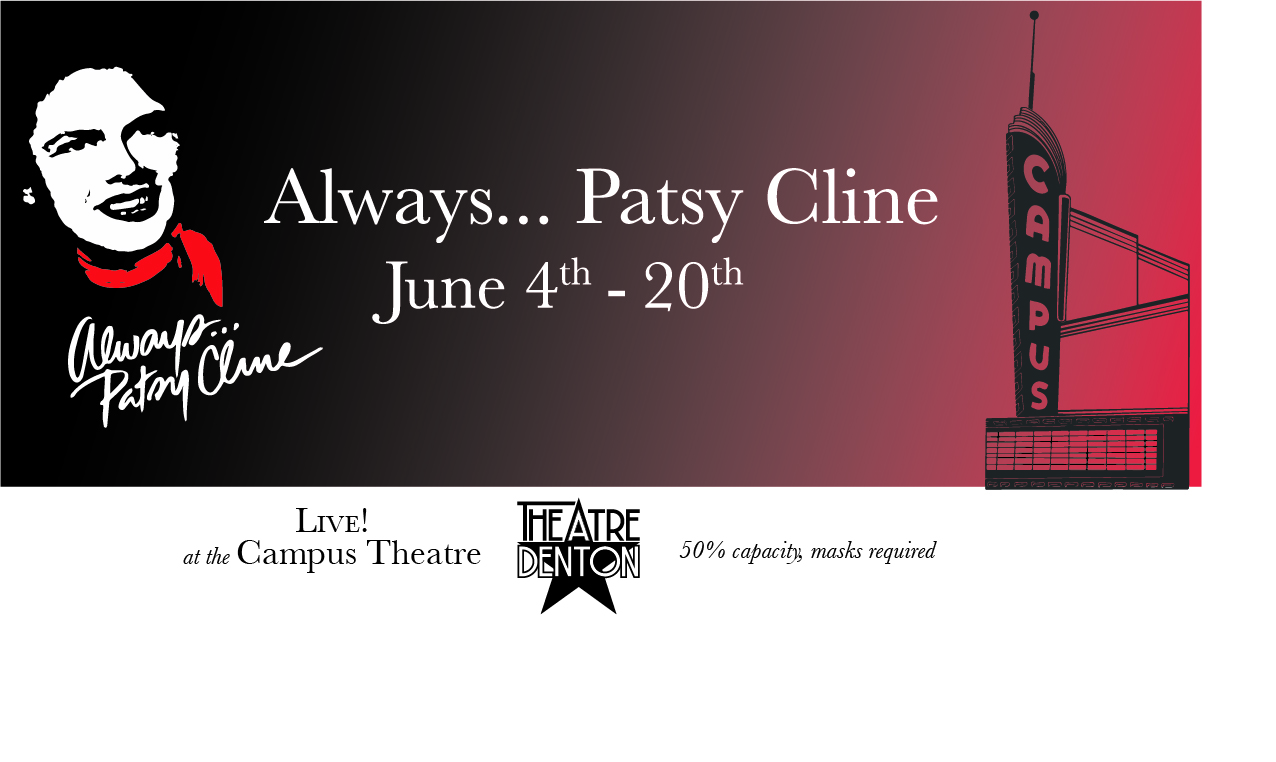 Created and originally directed by Ted Swindley – based on a true story
Musical clearances secured and used by permission
Any taping, filming, recording or broadcast of this play (musical or otherwise) is strictly
prohibited

LICENSED BY THE FAMILY AND ESTATE OF PATSY CLINE. All rights reserved.
ORIGINAL CAST ALBUM AVAILABLE ON MCA RECORDS.

The show is based on a true story about Cline and her friendship with a fan from Houston named
Louise Seger, who befriended the star in a Texas honky-tonk in l961, and continued a
correspondence with Cline until her death. The musical play, complete with down home country
humor, includes many of Patsy’s unforgettable hits such as “Crazy”, “I Fall to Pieces”, “Sweet
Dreams” and “Walking After Midnight”…27 songs in all. The show’s title was inspired by
Cline’s letters to Seger, which were consistently signed “Love ALWAYS… Patsy Cline.”